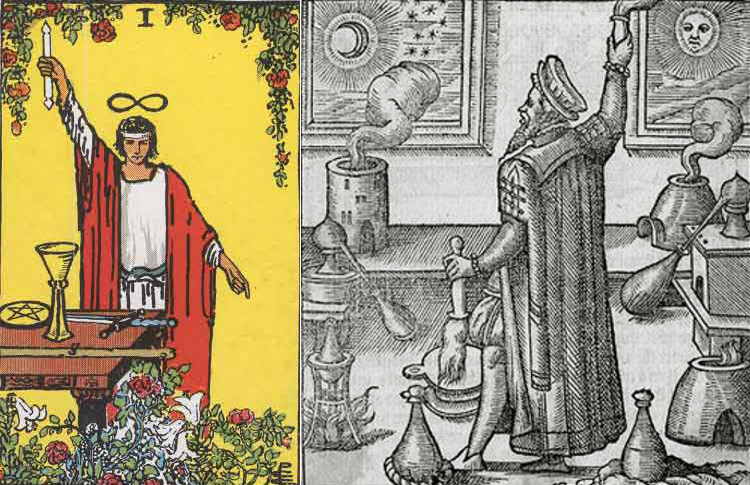 Tarot has a reputation of being a way to predict the future, although it appears to an outsider that this is played down by practitioners who will claim tarot is for finding guidance about a situation, or advice to a given question. But to whom or to what are these questions addressed, and what is the dynamic that provides a response? When we understand what is meant to be the engine behind the drawing of tarot cards, then we can understand what they were really intended for – and perhaps discover the reputation abovementioned is well earned after all.

There is a theory that tarot is most likely about conjuring charms to provoke things to happen or to prevent them from happening. This theory is based on the notion that the Book of Coming Forth by Day is the source of tarot. The BCFD tells an initiate what to do to complete a course of initiation – and it’s generally thought that the initiate is seeking entry into the afterlife. This is probably an exoteric meaning, and in the esoteric significance the process is describing a process of initiation into god-hood (this concept explained below). In that case, dealing out tarot cards might be like constructing sentences, in units of language that we still don’t fully understand, for creating charms to affect the fates that influence a person. These charms would be required to deter mishaps, to ask for certain things not to happen, or to promote happy turnouts to ask for certain things to occur.

The creator of Mighty Hunters actually understands tarot as mapping fate in its alchemical components. Alchemy is usually thought of as blending metals and minerals, but actually this is a metaphor. Alchemy describes the internal essences of man, and how to modify them with an eye to reaching god-hood. To appreciate this properly, we need to understand some principles of the Mystery School religion, which we can find in the ancient Egyptian writings known as the Hermetica.

The Philosophy of the Ancients

The greatest god is called Atum, who is known as the Great Whole, or the Supreme Mind, and represents Universal Oneness – the unity of the universe. There are lesser gods, Destiny, or the sky, and the Planets who abide in the sky. When Atum created mankind, the Planets bestowed powers on that creation. But to restrict mankind in those powers, the Zodiac was created to be controlled by Destiny, and to regulate the appointment of power to mankind. This is the basis of astrology, of course, where people have a personality depending on what planets are in what constellations on the day of their birth.

The working parts of this system are the elements; Fire, Water, Earth and Air. Just as they shape the material world that you live in, so an internal version of them shape individual men. The elements and their permutations inside a man are created by the revolution of the heavens, or the movement of the planets through the zodiac. From this we can understand that planets in their places don’t just affect people on their birth day, but every day in their lives.

So, according to this system, mankind is pretty much chained to a fate that is described by heavenly bodies and that can’t be determined by themselves. However, there a few people who can break these chains.

There is a fifth element – we can call it that, although it is a separate part of man from the other elements. This is awareness of the Great Whole, or the Supreme Mind. If a person works on being unified with this Great Whole – or becoming as a god – then he can escape the control of destiny. And this is the Luciferian doctrine that is the bottom of all Mystery School religion – and the Egyptian religion was of this category. In the Abrahamic/Mosaic tradition, man is a creature in creation that cannot be lifted above his state of being created by a creator, and shouldn’t aspire to be so. The Mystery Religion says that man can do this through knowledge or “the Light”, and the Abrahamic/Mosaic God is the enemy of man for trying to deter him from trying. The conflict is portrayed in the Bible when the serpent promises Eve that she can be as a god and not die.

Whether a man is a slave to destiny, or like a god (as the Mystery School sees it – any Bible scholar will tell you that God confers freewill on mankind), he still has a duty to contribute to the continued beautification of the universe. Of course, what this means is that god-like man gets to oversee the society of the enslaved masses – and this is the rationalisation for the technocracy described in the game Mighty Hunters.

Tarot to Diagnose the will of Destiny

So, we are told that we can become one with Atum – meaning a god on our own terms – and probably are willing to pay good money to do so. How does it happen? Well, it involves creating a certain state in your internal elements, or your natural parts. To do this, you would need to be able to read them in order to know how to proceed – and the equipment by which your elements are diagnosed is tarot.

If you don’t appreciate how the ancient mind rationalised chance, then you won’t understand how fate coudl have been understood to have the capacity to be mapped in tarot. Anything that was purely subject to chance was decided by the gods (i.e. the planets in conjunction with the zodiac). Ancients wouldn’t have seen anything that was purely subject to chance as a random act. So, if you were to draw a random card from a pack, then this had been decided by destiny. From this would come the idea of mapping fate as it exists at the moment you draw a card – it’s like putting paper on a stream that is dyed with a colouring – when you lift it up, you catch the stream in pictorial form in a moment of its ever moving life.

How does tarot capture fate? The suits of the tarot represent the elements. Planets and even constellations are also represented in the tarot deck, so potentially a tarot reading can spell out the state of a person’s inner elements at any time future or past. The tarot will give a picture of what zodiacal powers a person is being influenced by, and the state of their inner spiritual self. One there is a reading like this, a person would know what to do to improve towards god-hood. And this is where alchemy comes in.

The purpose of Alchemy was to create an elixir of life – a solution that grants immortality. This is a metaphor for god-hood, and it isn’t reached through chemical admixtures, for the alchemy of real substances is only a model and symbol of spiritual alchemy. Think of a laboratory and imagine the states being created by the mixture of certain elements:

If we could understand the state of our internal elements, we could understand what needs to be added or subtracted to them to refine them towards purification. There is a clue that this is the truth of the matter in the Magician card of the Major Arcana who has the four tarot symbols for the elements on a table and the scene reminds of an Alchemist working at a laboratory bench. What is missing in this day and age too is the proper alchemical process. Some Alchemists (or Magicians) have claimed to discover a series of operations to make the Philosophers’ Stone, but these are heavily disguised in symbols – as might be expected, and it’s quite possible that no one living today understands them fully.

Of course, the problem with most ancient technology was that it was based on fantasy, and not worth being kept secret or guarded by priests of the Mystery Schools – not for its real scientific value, but there’s no doubt it would have had incredible financial value as people paid priests to write individual initiation guides and whatever else could be sold to them by way of spiritual services (actually, this hasn’t changed, has it?). It would have had value, too, as a means to create and maintain a political system where the people in charge could rule through a whole society’s belief in that technology as being real and substantial and helpful – in other words, it had value to a technocratic class.

A player of Mighty Hunters (MH) is playing a technocratic class that is using magic to rule their own empires. This is on a symbolic level that provides an abstraction of all the detailed ways a technocracy controls its empire. So, a player of MH is in full control of the fates that describe and affect the lives of the people in their empire – people who are completely convinced by the technology of power. When a player casts a spell in MH, he or she makes something happen by introducing new alchemical components. The really pertinent part is the creation and manipulation of Cultures. Think of these as a body of people who are most responsive to a certain type of influence – so the representative planet describes their elemental make-up. When a player casts a spell on a Culture, it adds an alchemical input to create a change of state, and provide a reaction, whether that be a return of Power to the player, a Culture upgrade, or even bring a Culture into existence (or destroy it if it belongs to another player). 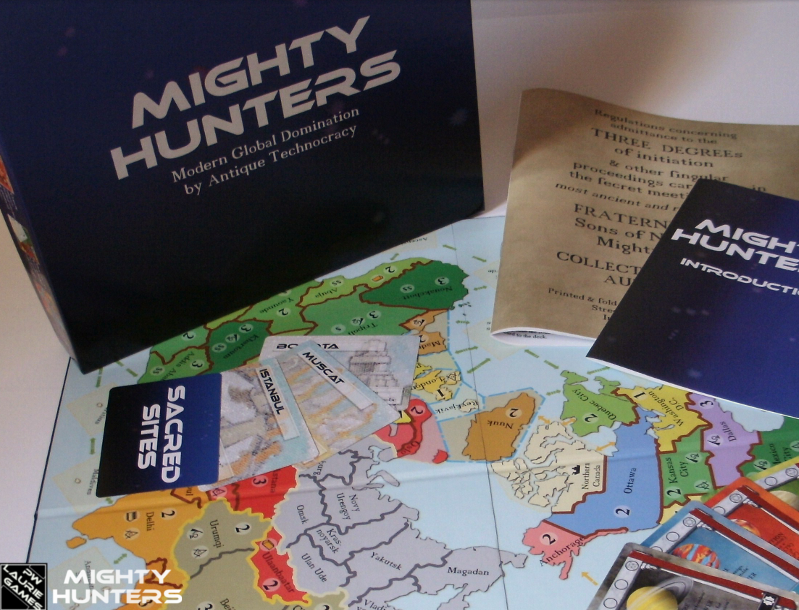 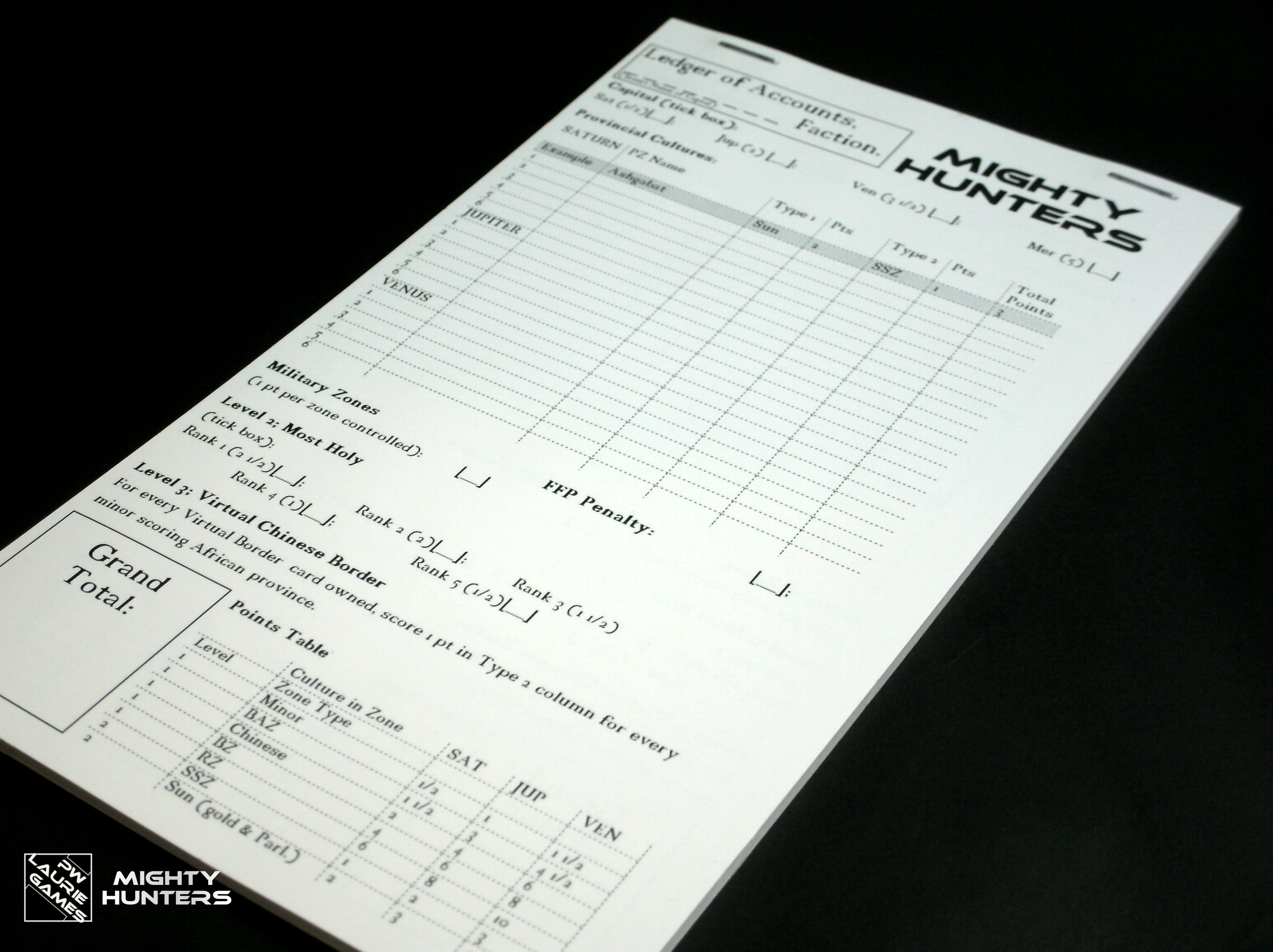 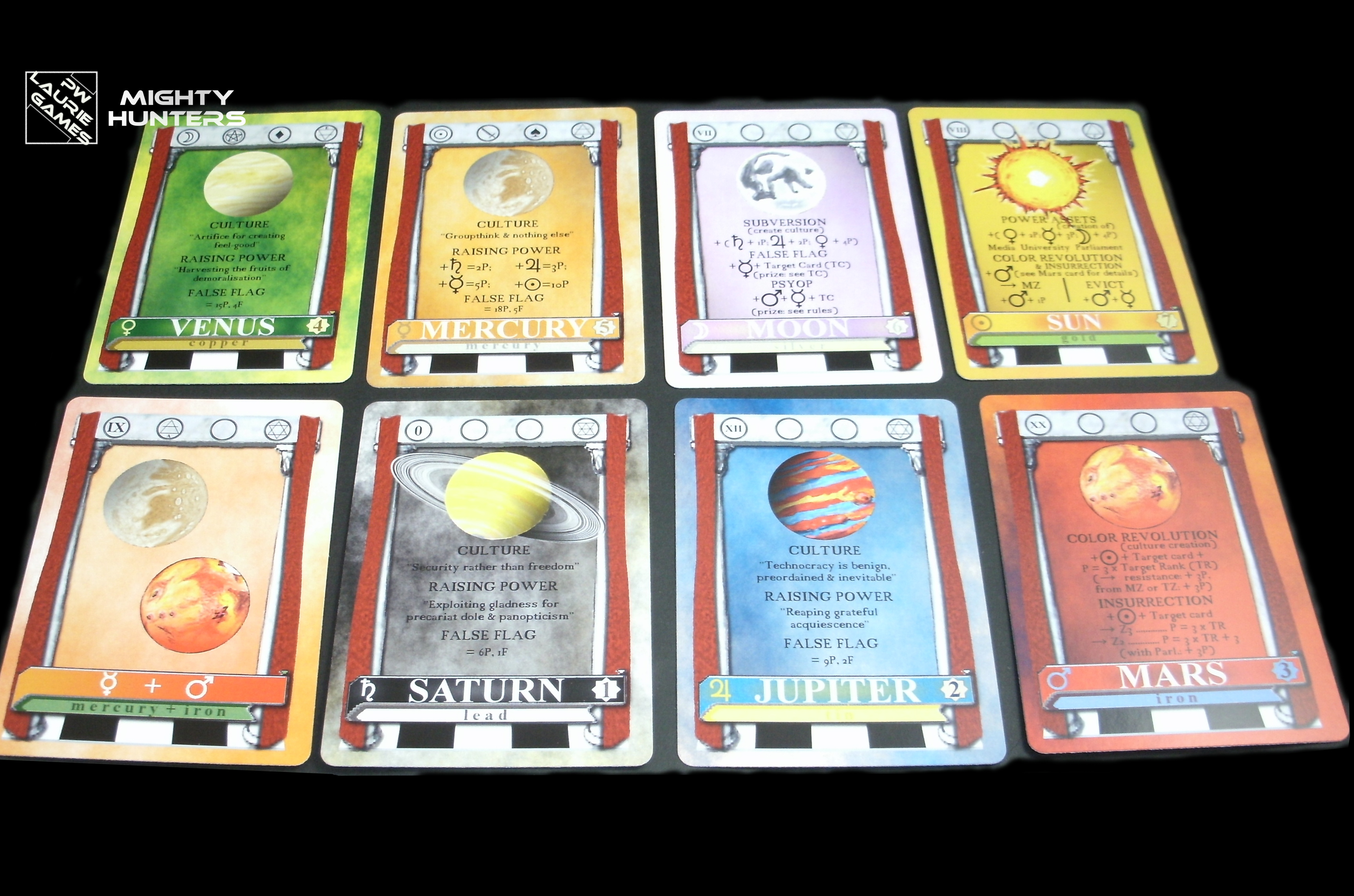 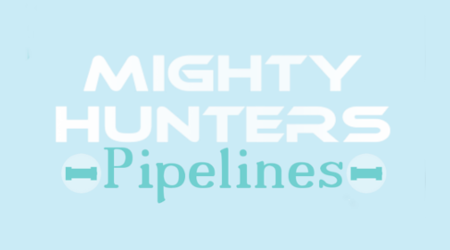 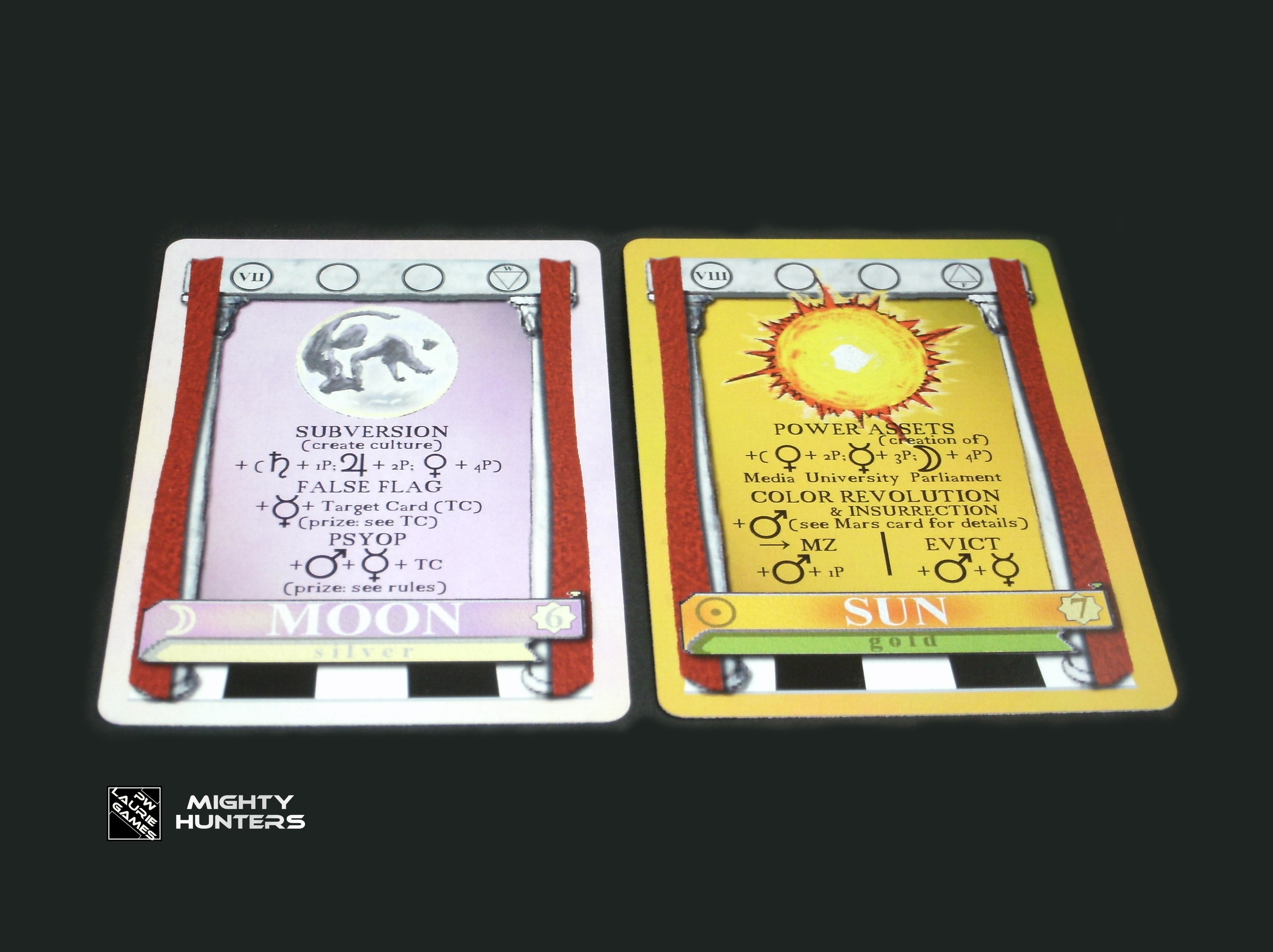